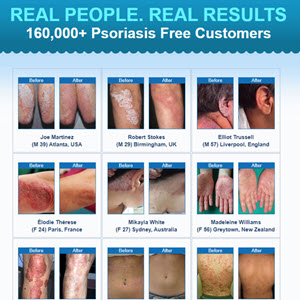 Psoralens belong to the furocoumarin class of compounds. They occur naturally in many plants, including limes, lemons, figs, and parsnips. Two psoralens, 8-methoxypsoralen (methoxsalen) and 4, 5, 8-trimethylpsoralen (trioxsalen, trisoralen) are available in the U.S. Methoxsalen is used primarily because of its superior GI absorption.

pharmacokinetics The psoralens are absorbed rapidly after oral administration. Photosensitivity typically is maximal 1-2 hours after ingestion of methoxsalen. There is significant but saturable first-pass elimination in the liver, which may account for variations in plasma levels among individuals after a standard dose. Methoxsalen has a serum t1/2 of approximately 1 hour, but the skin remains sensitive to light for 8-12 hours. Despite widespread drug distribution throughout the body, it is photoactivated only in the skin where the UVA penetrates.

mechanism ofaction The action spectrum for oral PUVAis between 320 and 400 nm. Two distinct photoreactions take place. Type I reactions involve the oxygen-independent formation of mono- and bifunctional adducts in DNA. Type II reactions are oxygen-dependent and involve sensitized transfer of energy to molecular O2. The therapeutic effects of PUVA in psoriasis may result from a decrease in DNA-dependent proliferation after adduct formation. Perhaps more important, PUVA can alter cytokine profiles and cause immunocyte apoptosis, thereby interrupting immunopathologic processes.

therapeutic uses Methoxsalen is supplied in soft gelatin capsules (oxsoralen-ultra) and hard gelatin capsules (8-mop). The dose is 0.4 mg/kg for the soft capsule and 0.6 mg/kg for the hard capsule taken 1.5-2 hours before UVA exposure. A lotion containing 1% methoxsalen (oxsoralen) also is available for topical application. It can be diluted for use in bath water to minimize systemic absorption. The risk of phototoxicity is increased with topical PUVA therapy. In studies of PUVA for the treatment of psoriasis, initial clearance rates approaching 90% were achieved. Relapse occurs within 6 months of cessation of treatment in many patients, which has prompted efforts to design maintenance protocols.

PUVA also is used to repigment the leukoderma of vitiligo. success rates are highest in young individuals with recent onset of disease involving nonacral areas. Localized vitiligo can be treated with topical PUVA and more extensive disease with systemic administration. PUVA also is employed in the treatment of cutaneous T-cell lymphoma, atopic dermatitis, alopecia areata, lichen planus, urticaria pigmentosa, and as a preventive modality in some forms of photosensitivity.

toxicity and monitoring The major acute side effects of PUVA include nausea, blistering, and painful erythema. PUVA-induced redness and blistering generally peak within 48-72 hours.

Chronic PUVA therapy accelerates photoaging and the development of actinic keratoses, non-melanoma skin cancer, and melanoma. Squamous cell carcinomas occur at 10 times the expected frequency. In patients receiving 250 or more treatments, there is an increased risk of melanoma. Careful monitoring of patients for cutaneous carcinoma therefore is essential.

photopheresis Extracorporeal photopheresis (ECP) has proven effective in the treatment of cutaneous T-cell lymphoma. After oral administration of methoxsalen, leukocytes are separated from whole blood and then exposed to UVA radiation. The irradiated cells then are returned to the patient. Multiple mechanisms probably contribute to the effectiveness of this procedure. ECP simultaneously and efficiently induces apoptosis of disease-causing T cells and conversion of monocytes to functional dendritic cells. By processing and presenting the unique antigenic determinants of pathogenic T-cell clones, the dendritic cells can either initiate a clinically relevant anti-cutaneous T-cell lymphoma cytotoxic response or suppress the activity of autoreactive T-cell clones.

photodynamic therapy (pdt) This modality combines the use of photosensitizing drugs and visible light for the treatment of various dermatological disorders, particularly nonmelanoma skin cancer and precancerous actinic keratoses. The concept is predicated on the insight that tumor tissue selectively absorbs greater amounts of porphyrins than surrounding nontumor tissue. The agents most widely employed in photodynamic therapy (PDT) are porphyrins, their precursors, or derivatives. The photosensitized chemical reaction is oxygen-dependent. Light delivered to the skin is absorbed by porphyrin molecules. These molecules transfer their energy to oxygen, forming reactive oxygen species that result in injury or destruction of lipid-rich membranes and subsequent tissue damage.

Early studies with PDT employed complex mixtures of poorly defined porphyrins known as hemato-porphyrin derivative (photofrin I) or a partially purified mixture known as porfimer sodium (photofrin II) that was administered parenterally with subsequent irradiation using polychromatic light sources. The major problem with this approach was the prolonged period (4-6 weeks) of photosensitivity caused by skin retention of the porphyrin formulations. This led to a search for compounds that could be administered topically and that were eliminated more readily from the skin. The porphyrin precursor S-aminolevulinic acid (ALA) is converted to various porphyrins, particularly protoporphyrin (proto), in tissues including the skin (see below). Protoporphyrin subsequently is eliminated rapidly from the body, thereby minimizing the period of skin photosensitivity to a few hours. Topically applied ALA HCl (20% w/v) and, more recently, the methyl ester of ALA have been used successfully for the PDT of various types of nonmelanoma skin cancers and premalignant lesions.

Incoherent (nonlaser) and laser light sources have been used for PDT. The wavelengths chosen must include those within the action spectrum of protoporphyrin and ideally those that permit maximum skin penetration. Light sources in use emit energy predominantly in the blue portion (maximum porphyrin absorption) or the red portion (better tissue penetration) of the visible spectrum. Nonhypertrophic actinic keratoses and superficial basal cell carcinomas and Bowen's disease seem to respond best to PDT. Topical ALA products for PDT approved by the FDA include LEVULAN KERASTICK, BLU-U blue light, and METVIX.

How To Prevent Skin Cancer

Complete Guide to Preventing Skin Cancer. We all know enough to fear the name, just as we do the words tumor and malignant. But apart from that, most of us know very little at all about cancer, especially skin cancer in itself. If I were to ask you to tell me about skin cancer right now, what would you say? Apart from the fact that its a cancer on the skin, that is.

How I Healed my Psoriasis