My Back Pain Coach 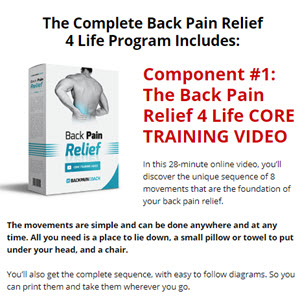 During the fourth to the tenth centuries, acupuncture became ingrained in Chinese medicine and was officially recognized as an independent specialty of the Imperial Medical Academy of the Tang government in 618AD. During this same period, acupuncture, together with other branches of Chinese medicine, was introduced to other countries such as Japan.28 During the eleventh to the early twentieth century, volumes of written material came out on acupuncture prescriptions. Acupuncture training programs became established in China, which allowed the growth of clinical experience with acupuncture and refinement in techniques. Complications of acupuncture were documented, lists of dangerous points appeared, and indications for acupuncture were identified.

As western medicine was introduced in China in the eighteenth century, acupuncture began to lose official favor. It was banned from the imperial court in 1822, but was still practiced widely and its use spread in Europe and other countries even as western medicine was making its way into China. In the 1940s, Mao Tse Tung revived the status of acupuncture practice as he found it a useful, inexpensive, and expedient alternative to western medicine, which was expensive and difficult to access during his quest for power against Chang Kai Shek. Chairman Mao encouraged the development of acupuncture and fostered simplification of acupuncture practice so that large numbers of nonphysicians (barefoot doctors) could use it in their communities together with herbal remedies.

In 1971, New York Times journalist James Reston wrote about his experience with acupuncture for postoperative pain while covering the American-Chinese ping-pong games. His report heralded a new beginning for acupuncture in the West. National magazines ran stories on acupuncture. Teams of medical investigators from the United States flocked to China to find out more about this mysterious and apparently wondrous treatment that was so different from pharmaceutical or surgical therapies familiar to the western mind. The initial frenzy of excitement settled down as some of the unrealistic expectations were not met; but acupuncture continued to be an important part of the CAM arena in the United States.

The National Institutes of Health (NIH) of the US sponsored a consensus conference in November 1997 to determine the status and role of acupuncture in American medicine.29[I] The objectives of the conference were to form conclusions about the efficacy of acupuncture, its role in various conditions, its biological mechanisms, and what remaining issues must be addressed to incorporate acupuncture into today's healthcare system; and to identify directions for future research. The 12-member panel represented a wide spectrum of interests and expertise from public citizens to medical specialists to acupuncturists. They concluded the following.

• Acupuncture is widely practiced in the US.

• Sufficient evidence exists to support the use of acupuncture as primary therapy for adult postoperative and chemotherapy-induced nausea and vomiting, and postoperative dental pain.

• Findings from basic research have begun to elucidate the mechanisms of acupuncture, including the release of opioids and other peptides in the central and peripheral nervous system and changes in neuroendocrine function.

• Issues of training, licensure, and reimbursement remain to be clarified.

• There is sufficient evidence of acupuncture's potential value to encourage further studies and to expand its use into conventional medicine.

These conclusions from an authoritative agency of the US government help to legitimize acupuncture practice and development.

A number of studies have recently been published evaluating efficacy of acupuncture. Manheimer et al.30[I] published a meta-analysis of 33 randomized, controlled trials that compared acupuncture to sham, other active, or no treatment. They found evidence that acupuncture is more effective than sham or no treatment for patients with chronic low back pain. Evidence about acupuncture's effectiveness compared with other active treatments for acute low back pain was inconclusive. The quality of the included trials varied. According to a prospective, partially blinded, controlled, randomized clinical trial by Martin et al.,31 [II] acupuncture was found to significantly improve symptoms of fibromyalgia. Another randomized, double-blinded, controlled trial carried out by Assefi et al.32[II] found no improvement over sham acupuncture. For knee osteoarthritis, a recent randomized, controlled, double-blinded trial carried out by Berman et al.33[II] found that compared to sham acupuncture treatment or no treatment, acupuncture decreased pain by 40 percent and similarly improved function.

Ever wondered what Chinese medicine is all about and whether it works? Thinking about consulting a practitioner but want to know some facts first? Look no further! Here's your chance to purchase an in depth and fully comprehensive eBook on anything and everything to do with this ancient philosophy.

Natural Back Pain Cure and Treatment 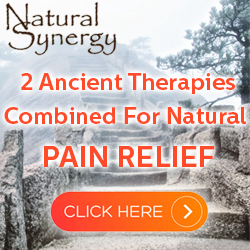