The majority of studies of chronic pain following breast surgery involve women with cancer. There are also some reports of reasonable quality following augmentation mammoplasty or reduction mammo-plasty. Studies of both cancer surgery and augmentation mammoplasty document a significant prevalence of chronic pain following breast surgery (see Table 16.1). For women undergoing cancer surgery, there are also problems with persistent arm pain following axillary dissection. Radiation therapy and chemotherapy following breast surgery will further increase the prevalence of persistent pain [2]. At least one group of researchers has noted a decrease in the incidence of arm pain and symptoms as surgeons have become more careful in the handling of the nerves in the axilla [35]. There are now a number of studies demonstrating that axillary sentinel node biopsy is associated with less persistent pain than a primary axillary dissection. One of these is a randomized controlled study in which women were randomized to a sentinel node study arm or an axillary dissection study arm [36]. Women in the sentinel node arm where cancer was found in a sentinel node also underwent an axillary dissection. Women who did not have cancer in the sentinel node were less likely to receive adjuvant cancer therapy and were significantly less likely to develop persistent axillary pain (8% at 24 months) compared to those who had a primary axillary dissection and adjuvant therapy (39% at 24 months). In Table 16.3 the Odds ratios of this study and two prospective case series [37, 38] studies are summarized. Women with negative nodes on a sentinel node biopsy are significantly less likely to develop arm pain and other arm symptoms. Women who underwent a secondary axillary node dissection were as likely or more likely to develop chronic pain as those who underwent a primary axillary node dissection [37].

was assessed as a tertiary, not a primary or secondary outcome, and the association has not been found consistently. There are no randomized studies here.

Recently there have been two randomized controlled studies that looked at the influence of perioperative paravertebral blockade on persistent pain following breast surgery. Both found a significantly lower prevalence of chronic pain in women who had the block. One [35] was a follow-up study of 60 women who had participated in an acute perioperative pain study [39]. In this study the prevalence of pain at both 6 months and 12 months was significantly lower among the women who had received a block (17% versus 40% at 6 months, and 7% versus 33% at 12 months) . The second study [40] was smaller (29 subjects) and involved the placement of a para-vertebral catheter preoperatively in the patients in the treatment arm. This was dosed with 10 ml of 0.25% bupivacaine prior to surgery and reinjected every 12 hours for 48 hours with the same dose. A telephone follow-up inquired about pain 3 months following surgery ("Do you have chronic pain as a result of your breast surgery?"). The paravertebral block group had significantly lower pain prevalence at 3 months (0% versus 80%). If the 6-month data from the first study are combined with the 3-month data from the second study then the calculated odds ratio of persistent pain in the paravertebral block groups is 0.05 (0.02-0.11).

There are a number of randomized controlled studies that have looked at perioperative interventions to decrease the prevalence of persistent pain after breast surgery. Romundstad et al. [41] compared a single dose of methylprednisolone (125 mg) to a single dose of parecoxib (40 mg) to placebo in women undergoing augmentation mammoplasty. At 12 months the prevalence of rest pain in the three groups was 16%, 7%, and 16% respectively, with no significant differences. Evoked pain was found in 16%, 14%, and 29% respectively, again with no significant differences (P = 0.085). The calculated odds ratio and 95% confidence intervals for methylprednisolone compared to placebo were 0.49 (0.30-0.74), and for parecoxib 0.40 (0.25-0.64).

Fassoulaki and colleagues published two randomized controlled studies of perioperative gabapentin [42, 43]. In the first [42], women received gabapentin 1200 mg per day (400 mg three times a day), starting the evening before surgery, or mexiletine 600 mg per day (200 mg three times per day) or placebo three times per day. There were no significant differences in pain prevalence or intensity, or in analgesic requirement at 3 months follow-up, although the character of the pain in the control group tended to be burning rather than throbbing, aching or stabbing. In the second study [43], women undergoing breast cancer surgery received a combination of gabapentin 1600 mg per day (400 mg four times a day) for 10 days starting the evening before surgery, plus EMLA cream (20 g) for 3 days starting the day of surgery, plus intraoperative irrigation of the brachial plexus with 10 ml of 0.75% ropivacaine. The control group underwent placebo administration of each of the interventions. This study found significantly decreased pain prevalence at both 3-month and 6-month follow-up in the intervention group (30% versus 57% at 6 months). The calculated odds ratio for pain at 6 months is 0.32 (0.18-0.62). Whether gabapentin can alter long-term pain following breast surgery is not clear, and follow-up at 12 months and longer is needed.

Free Your Mind And Achieve Peace. Discover How To Live In Peace And Harmony In A World Full Of Uncertainty And Dramatically Improve Your Quality Of Life Today. Finally You Can Fully Equip Yourself With These “Must Have” Tools For Achieving Peace And Calmness And Live A Life Of Comfort That You Deserve. 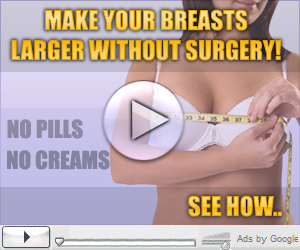