Exceptions To The Rules 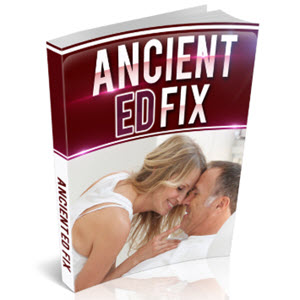 Much of this chapter has been devoted to discussing what properties make a compound a good drug. However, there are numerous examples of successful drugs that do not obey all of these "rules." The following paragraphs discuss some of these exceptions. Noting why these examples were acceptable drugs gives some insight into situations in which researchers may reasonably be able to go outside the conventional bounds of drug design.

Cisplatin (Fig. 2.6) is a cancer chemotherapy drug. With only 11 atoms, it is smaller and less complex than most drugs. As implied by the discussions of specificity earlier in this chapter, one might expect this to result in unwanted side effects. Indeed, cisplatin use often causes severe nausea, hair loss, weight loss (perhaps indirectly from the nausea), kidney damage, hearing loss, sometimes some nerve damage, and electrolyte disturbances. However, cisplatin was originally the only hope to extend the life of patients with many forms of cancer. Thus, the severe side effects were acceptable. Today, cisplatin is still used for some forms of cancer, often in small doses mixed with other drugs having less severe side effects.

Some treatments are actually proteins, which are much larger than the typical drug. For example, Gaucher's disease is a genetic mutation in which the patient's body does not produce the enzyme glucocerebrosidase. The

Figure 2.7 Disulfiram. This drug is effective for treating alcoholism because of the severe reaction that occurs when it is taken with alcohol.

preferred treatment for Gaucher's disease is enzyme replacement therapy. Another medical application of proteins is the injection of botulinum toxin type A (trade name Botox) for cosmetic applications, severe underarm sweating, cervical dystonia, uncontrollable blinking, and misaligned eyes. The toxin is a 900 kDa protein consisting of two protein strands linked by a disulfide bridge. In all of these applications, the injection partially paralyzes the tissue. The large size of the protein prevents it from migrating throughout the body and causing unwanted effects elsewhere.

Another interesting drug is disulfiram (Fig. 2.7), also called tetraethyl-thiuram disulfide (trade name Antabuse). This compound has an unusual dithiocarbamate functional group. One would generally be concerned about the potential for toxicity or severe side effects from such a chemical structure. However, disulfiram is used as a medication specifically because of its toxic effects. Disulfiram is administered to patients as part of the treatment for alcoholism. Disulfiram blocks the oxidation of alcohol at the acetaldehyde stage, thus causing the patient to become violently ill if even slight amounts of alcohol are ingested while disulfiram is in the bloodstream. Several species of mushroom contain very similar compounds, which also show a severe cross-reaction with alcohol.

Another example of a useful side effect comes from the Viagra development story. Viagra (trade name for sildenafil) was originally developed as a drug for hypertension. When the researchers discovered that the drug target was prevalent in vascular muscle walls, the project shifted the goal from a hypertension treatment to an angina treatment. When the drug entered human clinical trials, it became clear almost immediately that it was less effective than the existing nitroglycerin treatments. In the course of those initial clinical

Figure 2.8 Silver sulfadiazene. This drug is for topical use only.

trials, the hospital staff noted that one side effect was an improvement in erectile dysfunction. This observation was taken seriously, and eventually lead to Viagra, which is now a blockbuster drug, meaning that sales have grossed over a billion dollars.

Normally, one would not consider a silver compound such as silver sulfadiazine (Fig. 2.8) as a drug candidate, owing to the potential for heavy metal poisoning. Indeed, the toxicity of silver sulfadiazine is the key to its usefulness as an antimicrobial. However, this compound is administered only topically as Silvadene Cream 1%. Because of the topical application, very little of the compound enters the body. This makes it useful for the treatment of wound sepsis in patients with second- and third-degree burns. This illustrates that researchers should keep the application in mind when determining what molecular properties can be considered drug-like.

Get All The Support And Guidance You Need To Be A Success At Having Better Skin. This Book Is One Of The Most Valuable Resources In The World When It Comes To Important Info On Dealing With Skin Disease.