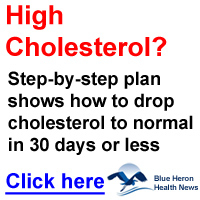 The risk of symptomatic recurrence after any first event ranges between 4% and 14%, and is especially high during the first year.97,98 Prevention of recurrences for patients after a first-ever event must include the identification and modification of risk factors. In most instances, data on the potential benefits of risk-factor management for secondary stroke prevention have been extrapolated from studies focused on primary prevention. In the last few years, however, a body of evidence has shown that antihypertensive therapy decreases recurrences by one-third among subjects who have already suffered a first stroke.99-101 Cigarette smoking increases the risk of stroke 1.5-fold and should be intensely discouraged.102 Although specific evidence regarding the benefits of secondary stroke prevention is still lacking, it has been suggested that statins may reduce the incidence of first stroke by 30% in patients with symptomatic coronary artery disease or hypercholesterolaemia, and a similar efficacy might be expected to occur in patients with prior stroke.103 Nevertheless, there is still a large gap between the benefits of risk-factor control in reducing recurrences as reported by several studies and its application in routine clinical practice.104,105

Platelet activation is involved in the pathophysiol-ogy of most strokes, thus providing the rationale for the use of antiplatelet agents in secondary prevention. A large meta-analysis of aspirin in the mid-1990s showed conclusively that aspirin reduces the risk of a further brain event by one-fifth and that in subjects with previous ischaemic infarct it reduces the risk of all vascular events by a quarter. Moreover, high and medium doses were equally effective.106 In particular, bleeding complications and gastrotoxic-ity—the main concerns in aspirin use—were clearly dose dependent, favouring the trend to the use of either low or medium doses.107,108 Hence, optimal aspirin dosage is still a matter of controversy, and a well-controlled trial designed to resolve this issue is needed.

Antiplatelet aggregation with adenosine receptor antagonists (ticlopidine and clopidogrel) has been found to be slightly more effective than aspirin in preventing vascular events.109,110 In effect, ticlopidine (500 mg/day) was found to be 20% more efficacious than high doses of aspirin in the relative reduction of fatal or non-fatal stroke, and this benefit was particularly high in the first year after the qualifying event.109 Unfortunately, diarrhoea, rash and, principally, severe neutropenia were more common in ticlopidine patients.109 These adverse effects, plus its high cost, limited its broader use. To date, only one large randomized trial of clopidogrel (75 mg/day) versus aspirin (325 mg/day) has been performed.110 Clopidogrel significantly reduced the rate of ischaemic stroke, myocardial infarction or vascular death by an additional 8.7% versus aspirin in the whole population studied, and it also provided a non-significant 7% additional reduction of further stroke in 6431 patients.110 Clopidogrel is much better tolerated than ticlopidine and does not produce significant adverse haematological effects.111

Interest in dipyridamole has recently re-emerged. Modified-release dipyridamole was more effective than placebo in reducing the risk of stroke recurrence and/or death;112 however, this antiplatelet agent administered alone in high doses or in combination with low doses of aspirin was not found to be superior to aspirin alone in high doses.113

At present, aspirin in doses of 50-325 mg once a day is still the first-line choice for patients after athero-thrombotic stroke, whereas adenosine-receptor antagonists, especially clopidogrel, are the preferred option for patients who either cannot tolerate aspirin or in whom it is ineffective. Aspirin may also be of benefit in patients with atrial fibrillation in whom anticoagulation is contraindicated, and in patients with low-risk cardiac sources of embolism.114,115

Anticoagulation may be useful in approximately 20% of patients with a first-ever ischaemic stroke caused by embolus from the heart. Long-term anticoagulation with warfarin (target INR 2.0 to 3.0) is indicated in patients with high-risk cardiac sources for recurrent embolism, including atrial fibrillation, rheumatic mitral valve disease, dilated cardiomyopathies, left ventricular thrombus, left atrial spontaneous echocontrast and left ventricular dyskinesia.114,116,117 Prosthetic heart valves require high-intensity anticoagulation with a target INR between 3.0 and 4.0.117 Long-term anticoagulation may be useful in selected stroke patients with paradoxical embolism who refuse the surgical option. It is also indicated for those with no other demonstrated cause of brain infarct who have at least one of the following factors: massive right-to-left shunt, recurring clinical brain infarcts or multiple silent ischaemic lesions on brain MRI, patent foramen ovale associated with atrial septal aneurysm, or Valsalva manoeuvre preceding onset of stroke.115 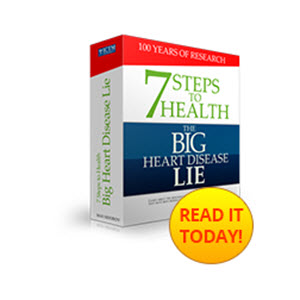