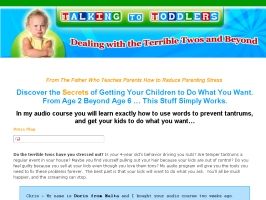 Regional anesthesia, whether performed alone or most commonly in conjunction with general anesthesia, provides an excellent and safe source of intra-operative and postoperative analgesia for pediatric acute pain management as well as analgesia for pediatric chronic pain management. The popularity of regional anesthesia is underscored by its ability to decrease intra-operative and postoperative requirement for opioids, intra-operative titration of volatile anesthetics, and to minimize side effects associated with opioid analgesia and volatile anesthesia such as sedation and nausea and vomiting. Techniques may include the neuraxial blocks (which encompass spinals, lumbar/thoracic epidurals, and caudals) and peripheral nerve blocks with and without the placement of catheters, although catheter placement is typical for the epidural technique. The decision to perform a regional anesthetic should be based on factors such as the patient (i.e., absence of coagulopathy or systemic infection), comfort level of the anesthesiologist, type of surgical procedure, location of the anticipated area of pain, parental consent, and patient cooperation (if performed awake).

The placement of spinals (subarachnoid or intrathecal block) has been performed for over a century in pediatric patients as an alternative or adjunct to general anesthesia, particularly for abdominal or lower extremity procedures. Over the past 20 years, the use of spinal anesthesia has resurged particularly with neonates and infants undergoing inguinal hernia repair. Purported advantages include avoidance of endotracheal intubation and intraoperative hemodynamic stability. Disadvantages include finite spinal duration and potential inadequate level of surgical anesthesia.

When performed in the awake infant, routine anesthetic monitors (blood pressure cuff, EKG leads, and pulse oximetry) and supplemental oxygen (usually in the form of nasal cannula) should be placed and intravenous access should be obtained beforehand. Available assistance should be directed toward positioning the infant in the lateral or more commonly, sitting position while the anesthesiologist places the spinal at the L4-L5 interspace or below as the spinal cord may terminate at L3 in infants. Following sterile preparation, a 25-27 G spinal needle is carefully advanced until flow of CSF is noted and the syringe containing local anesthetic is quickly attached and slowly injected. The infant is then placed in the supine position. At the authors' institution, tetracaine (0.6-1 mg/kg) diluted with equal volume of 10% dextrose is the local of choice allowing for 60-90 min of surgical anesthesia time.

Complications associated with spinal placement in pediatric patients may occur but are infrequent. In a study looking at 1483 infants who successfully received spinal anesthesia (Williams et al. 2006), 56 infants (3.8%) had a sensory level that was higher than intended. Of these 56 infants 23 infants received supplemental oxygen while maintaining spontaneous ventilation while 10 infants showed airway compromise due to the high spinal level. These patients either received bag mask ventilation (five infants) or were intubated endotracheally (five infants). In the same study, bradycardia (as defined by <100 beats per minute) was another reported complication that occurred in 24 of the 1483 infants (1.6%). Fifteen infants received anti-cholinergics such as atropine or glycopyrrolate for bradycardia, while brady-cardia in three infants occurred in the setting of a high spinal. One of these infants required endotracheal intubation and chest compressions while the atropine circulated, but the infant was successfully extubated at the end of the surgical procedure without complication.

Epidural anesthesia provides an effective form of analgesia for the pediatric patient intraoper-atively and postoperatively. In particular for pediatric patients undergoing upper abdominal or thoracic procedures such as for pectus excavatum, a working thoracic epidural provides an important component of pain management. Epidural placement may be achieved either with the patient awake or with the patient asleep after the induction of general anesthesia. An epidural infusion consisting of a local and opioid mixture is typically started during the surgical procedure and continued postoperatively for the duration of the epidural use.

The technique of epidural anesthesia is similar to adults although a shorter epidural needle should be used when appropriate. The patient is either placed in a sitting (if awake) or lateral decubitus (awake or asleep) position following standard monitor application and IV access. Choice of epidural catheter placement (either lumbar or thoracic) should be determined by the location of the surgical procedure (Table 30.5). If a lumbar epidural is chosen in

Possible complications associated with epidural anesthesia may include overadvancement of the epidural needle into the intrathecal space or "wet tap" and subsequent spinal headache and spinal anesthesia if local is inadvertently injected. Intravascular injection, epidural hematoma, and neurological injury are other possible risks of epidural anesthesia. Neurological injury following epidural catheterization is a potentially devastating but exceedingly rare complication whose incidence is difficult to quantify in the pediatric population although cases of spinal cord infarction following epidural placement and epidural steroid injection have been reported in the adult population (Ackerman et al. 1990, Bromage and Benumof 1998, Hobai et al. 2008, Ludwig and Burns 2005, Glaser and Falco 2005). In a 1-year prospective study by the French-Language Society of Pediatric Anesthesiologists (ADARPEF) designed to provide data regarding regional anesthesia epidemiology and complication incidence, the authors reported that out of 2396 lumbar epidurals, two patients experienced transient postoperative paresthesias (2 and 8 h) that resolved but could not be clearly attributed to the epidural placement versus nerve stretching from intra-operative positioning (Giaufre et al. 1996). In addition to complications from epidural technique, complications and side effects may arise from substances administered through the epidural, most often a mixture of opioid and local anesthetic (Table 30.6).

Caudal anesthesia is the most common neuraxial block performed in the pediatric patient and is often an adjunct rather than alternative to general anesthesia. In the ADAPREF study looking at the epidemiology and complication incidence of regional anesthesia, out of 24,409 regional anesthetics 12,111 were caudals while epidurals and spinals accounted for 2396 and 506 regional blocks, respectively (Giaufre et al. 1996). Since the caudal space is contiguous

with the epidural space, caudal blocks provide excellent analgesia for pediatric patients undergoing surgical procedures below the umbilicus. The popularity of caudal anesthesia is largely attributed to the low incidence of complications and relatively easy technique particularly in the pediatric patient. Little presacral fat seen in infants and children allows for the straightforward identification of bony anatomical landmarks. Caudal blocks may either be "single-shot" or continuous via caudal catheter for postoperative pain management.

The patient is placed in the lateral decubitus position and the sacral hiatus is identified following palpation of the sacral cornua, oftentimes located above the beginning of the gluteal cleft. Identification of the sacral hiatus may also be achieved through envisioning an imaginary equilateral triangle in which a line connecting the posterior iliac spines function as one side of the triangle with the remaining two sides joining at a point consistent with the location of the sacral hiatus. Following sterile preparation, an 18-22-g styleted beveled needle is directed at a 45° angle to the skin and advanced until a "pop" is felt when the needle pierces through the sacrococcygeal ligament. When using an intravenous catheter for the caudal needle, easy advancement of the catheter off the needle is indicative of penetration into the caudal canal. If the needle encounters bone before entering the sacral hiatus, the needle should be withdrawn and its angle should be decreased and readvanced until a "pop" is felt. Other reported methods confirming caudal placement include ultrasound imaging, nerve stimulation eliciting motor activity of the anal sphincter, and the "swoosh test" in which the injection of 2-3 ml of air through the caudal needle creates a "swoosh sound" with auscultation of the thoracolumbar spine. Of note, the "swoosh test" is not routinely performed due to the potential risk of air embolism. Following correct caudal needle placement, aspiration for CSF and blood and test dose (0.1 ml/kg) may be performed prior to full local anesthetic injection. At the authors' institution, 0.125-0.250% bupivacaine with 1:200,000 epinephrine at a dose of (0.8-1 ml/kg) (with 20 ml as the maximum allowable volume due to the risk of pressure-induced paresthesia) is the local of choice and is given incrementally, providing 4-8 h of analgesia. If a caudal catheter is planned, the catheter is threaded through the caudal needle to the desired thoracic or lumbar epidural space. Methods for confirming correct placement include the use of ultrasound (Chawathe et al. 2003), nerve stimulation (Tsui et al. 2004), and radiography with contrast (Valairucha et al. 2002).

Rare complications of caudal placement may include rectal perforation, intravascular injection, dural puncture, and neurological injury. If a caudal catheter is placed, fecal catheter contamination causing systemic infection is a potential but uncommon complication. In a study looking at bacterial colonization and infection rate in pediatric patients with continuous epidurals, similar rates of gram-positive colonization in caudal and lumbar epidural catheters (25% and 23%, respectively) were noted, while caudal catheters showed a higher percentage of gram-negative organisms (16%) versus lumbar epidurals (3%) (Kost-Byerly et al. 1998). Severe systemic infections did not occur in any of the studied patients. The practice at the authors' institution to minimize infection includes strict sterile technique with catheter placement, careful occlusive dressing of the catheter, and removal of the caudal catheter by postoperative days 2 or 3 when possible.

under the guidance of ultrasound and/or nerve stimulation to the application of novel blocks for common pediatric procedures such as myringotomy and PE (pressure equalizing) tube placement (Voronov et al. 2008). The practitioner should be cognizant of the maximal allowable local anesthetic dose to avoid systemic local toxicity when performing peripheral blocks (Table 30.8).