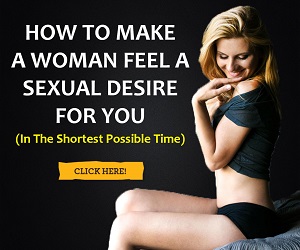 The human seems to have been interested in manipulating sexual urges through pharmacological means since the dawn of history. There is anecdotal mention of plants and herbs purportedly stimulating or reducing the interest in sexual activities in many ancient sources. The search for and use of aphrodisiacs have attracted much attention, but there has also been made efforts to find ways to diminish sexual desire. In the classical Chinese Empires, this was achieved by a simple procedure modifying the availability of androgens through castration. Eunuchs were favored as high state officials during many centuries. Likewise, some men of faith, like the Egyptian theologian Origen, castrated themselves in order to be relieved from sexual temptations. During the Dark Ages, castration was no longer an approved practice, but monks are said to have prepared and consumed extracts of a plant, the common rue (Ruta graveloens), supposed to inhibit sexual desire. Despite the existence of occasional efforts to reduce sexual behavior, it can safely be stated that the main interest has been directed toward ways to enhance it. Unfortunately, none of the many suggested aphrodisiacs has been shown to have any reliable effect, although most of them have never been subjected to clinical or experimental tests. This, by the way, is also the case for the vast majority of anaphrodisiacs. However, it is conceivable that plants causing a strong sensation of ill-being, as Ruta graveloens, temporarily reduce or eliminate interest in sexual activity. Nevertheless, it is only with the advent of modern pharmacology that scientifically sound studies of the effects of xenobiotics on sexual functions have been performed (see Riley et al. 1993; Crenshaw and Goldberg 1996, for classical reviews of the pharmacology of human sexual behavior).

Any discussion of drug actions on sexual behavior becomes difficult without having some basic notions about this behavior. A schematic representation of the basic elements of sexual behavior is found in Fig. 1. Prominent among these is copulation. In all nonhuman animals, copulation is highly stereotyped. Some would even maintain that the copulatory acts basically are a series of somatic reflexes. However, copulation requires at least two individuals in